Traditional Marketing Is Broken (Here’s Why Digital Will Win)

Insanity: doing the same thing over and over again and expecting different results. – Albert Einstein

Marketing is broken, yet most businesses continue to advertise the exact same way they did 50 years ago expecting a different result…

In 2017, Digital Advertising will surpass traditional media for the first time in history.

What’s the difference between Digital and Traditional Advertising?

Here’s what you can expect to pay for the two advertising channels courtesy of Frac.TL (Get the complete breakdown here: http://www.frac.tl/research/marketing-costs-compared)

How Much Does Traditional Advertising Cost?

At first glance, the costs look similar. Obviously, digital advertising is cheaper, but the chasm between the two is much larger than you may think! 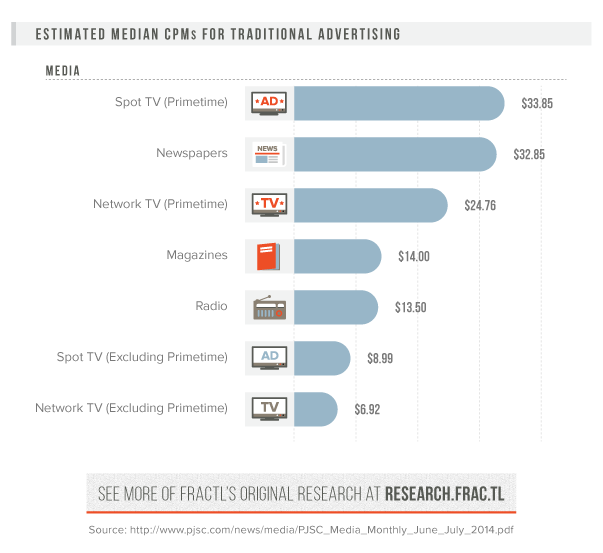 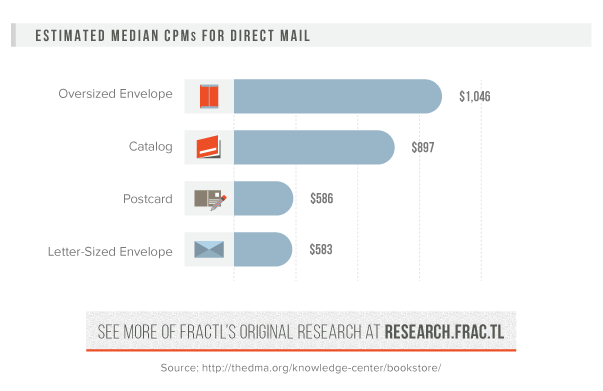 Let’s start with Primetime TV at $33.85 per thousand Views.

While we may have some general demographic and segmentation data, it is very hard to measure what impact the ad had, and even harder to measure a direct ROI.

How Much does digital advertising Cost? 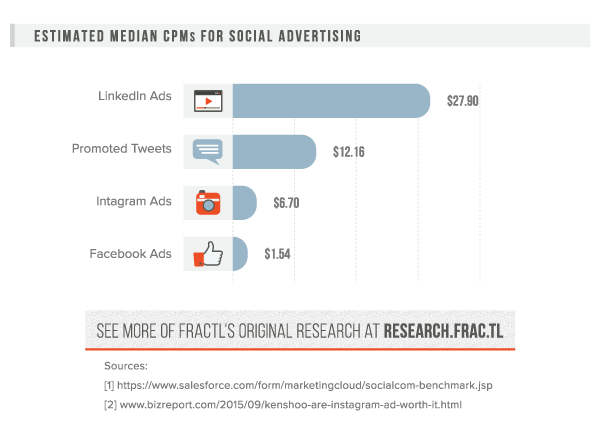 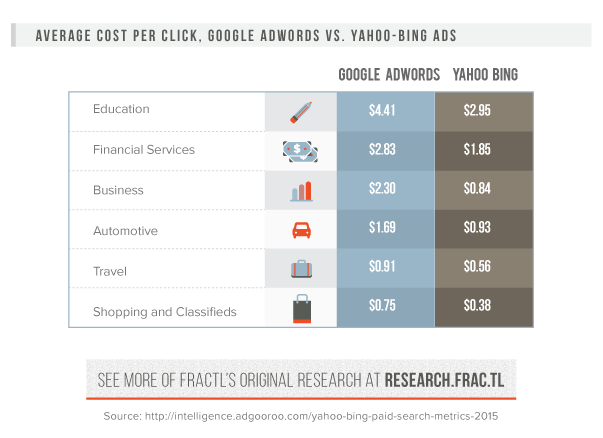 Cost For Digital Advertising (Including Video): 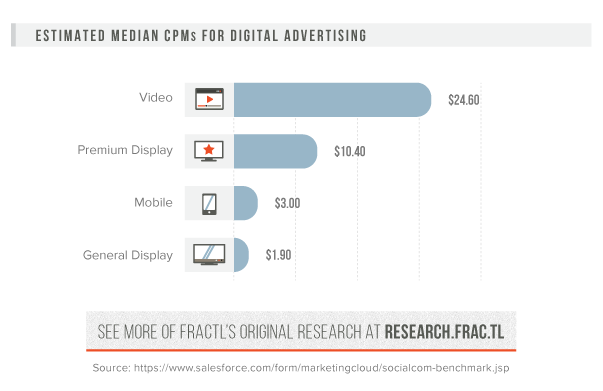 We no longer need to cast as wide of a net (say 1.0 million viewers), we can target a very specific group with detailed demographic data, for example: “married, expecting parents who are vets, between the ages of 25-34, earning $60,000 per year, living within 15 miles of Columbus, Ohio…”

While the audience is significantly smaller, we are able to hone in on the key personas that resemble your best clients. Even more powerful, is the ability to retarget them and send contextually relevant content and ads as they move through the customer journey.

$615 versus $33,850 per thousand viewers – it’s like giving David a Rifle instead of a sling in his fight against Goliath. This is how small businesses can win!

So why don’t big companies spend more on digital?

They are starting to, but the difference is, you probably know your customers better than they ever will and you can adapt to their needs much faster.

So now that we’ve told you why digital is the underdog’s silver bullet, what’s next?

Read the next post: The Foundation to Successful “Digital Marketing” Platform (coming soon…)

This site uses Akismet to reduce spam. Learn how your comment data is processed.

How Can We Help?